Cards Against Humanity (CAH) has been a popular party game since its release in 2009, but over a decade later (yikes!) some of the jokes are getting a bit stale. Keep your next party fresh with one of these fun alternatives - they offer new twists on CAH’s spirit and snark.

Disclaimer: This article is squeaky clean, but most of these games aren’t. If you’re shopping for a family-friendly game, please double-check what you’re getting - you don’t want to grab something unintentionally educational...

Sure these games may not have any swear words, but they still have an edge!

Ah, the age-old question: Who would win in a fight - a class of kindergarteners reliving the same day over and over whilst riding a battle cat, or Abraham Lincoln who can control plants and has a beard made of bees?

Frankly, our money’s on the kindergarteners. Wily little buggers.

Superfight brings these and other ridiculous - yet essential - questions to the fore. Your goal is to assemble the mightiest challengers and convince other players that yours is the superior fighting strength.

Superfight is a great option for 3-10 players (or more - you’ll just go through the deck faster) and is surprisingly kid-friendly. 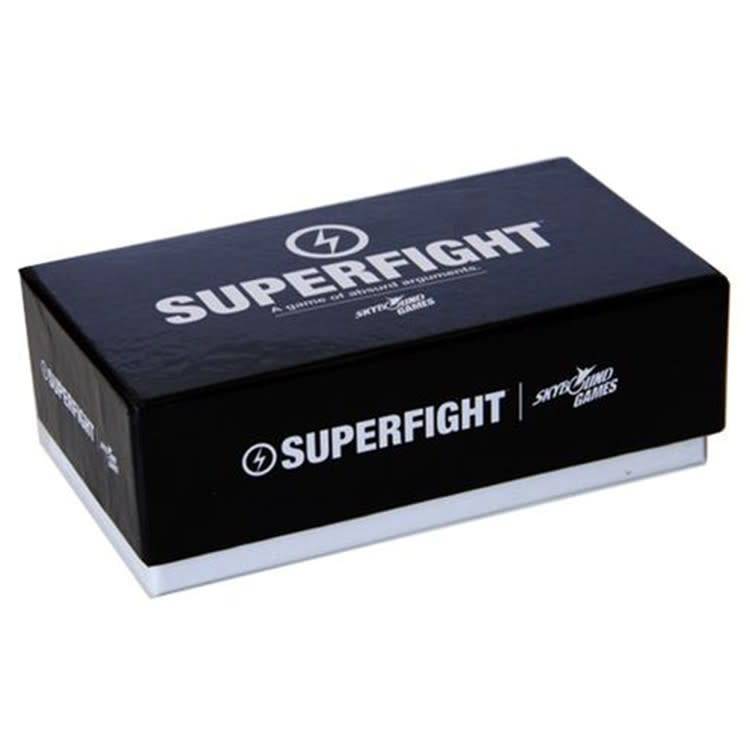 In Balderdash, players make up plausible definitions for ridiculously obscure words, earning points for every opponent they trick. Balderdash has been a games night classic since 1984, but has been recently updated with more words and themes.

Fun fact: Andrea’s parents forbade her from buying this game as a child, knowing she’d exploit her sisters’ gullibility. So… if you’re playing with gullible people, this might be the game for you! 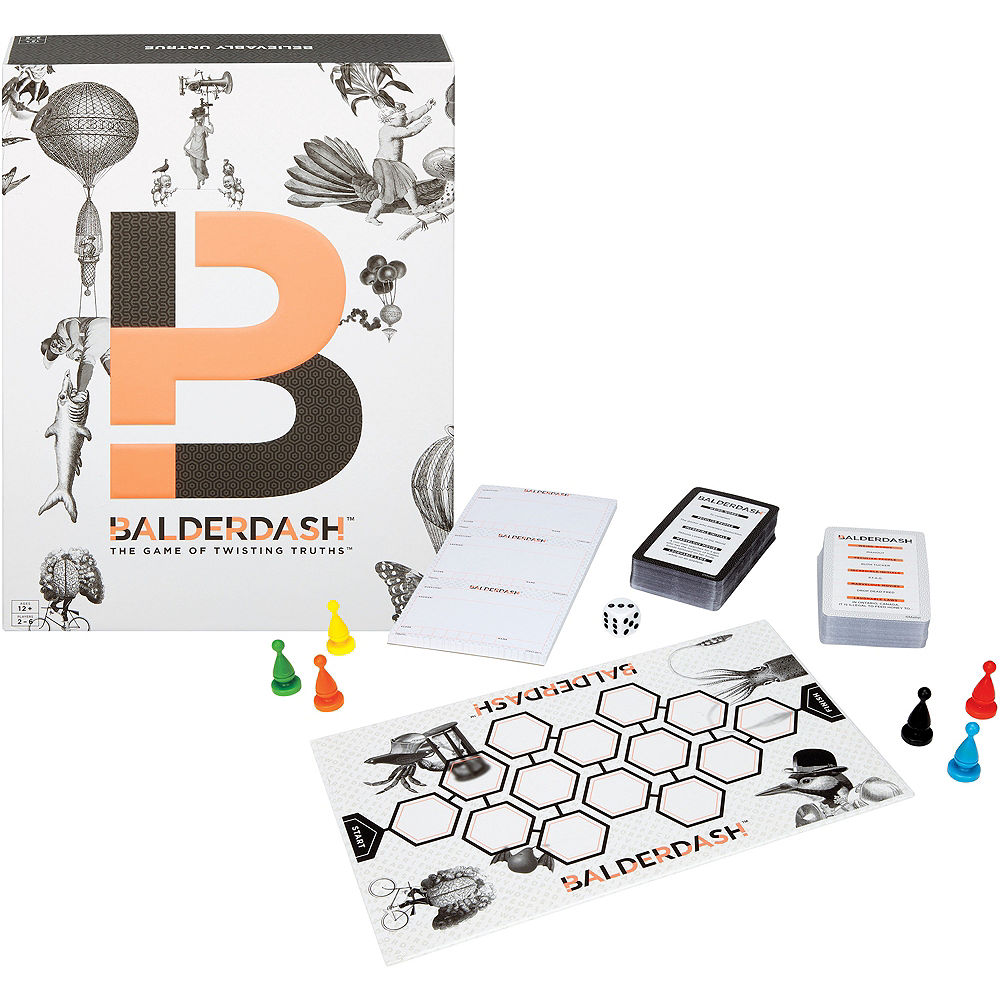 Apples to Apples was the game that inspired CAH, so it’s only fair that we include it in the list. Apples to Apples is the game of word association, matching nouns (celebrities, politicians, ideas, feelings) to adjectives. Nouns and adjectives sound like a snoozefest, but this game has become a modern classic for a reason.

Apples to Apples is great for 4-10 players, ages 12 and up (younger kids might not get the pop culture references). It’s squeaky clean, but that cleanliness really scales to its audience - we’ve played more than a few adults-only games that got hilariously dark. 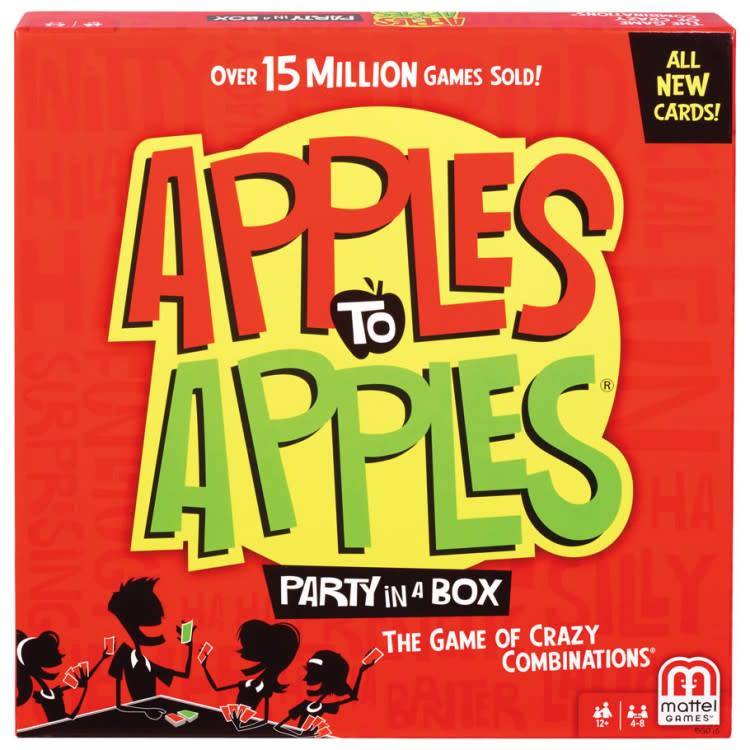 Time to put little Timmy to bed. The grown-ups are playing games now.

KinderPerfect takes the CAH model and gives it a trapped-in-a-house-with-a-preschooler-oh-god-please-send-help twist.

Technically the game is clean, but it's not completely family-appropriate. And it's layered - anyone who has changed a diaper is going to have a deeper appreciation for the game and its humour. And if you prefer to choose your own adventure, KinderPerfect can be blended with CAH and similar adult card games for a really weird mashup. 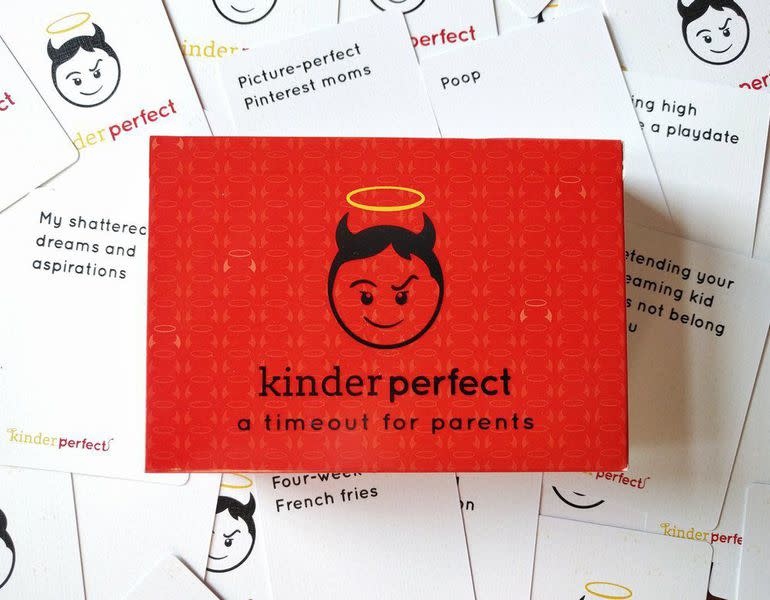 It’s easy to see why - Joking Hazard is like the comic strip version of CAH, but with way more replayability (someone did the math - apparently there’s 15.4 million unique combinations in the base game alone!). Joking Hazard is by the folks who do the webcomic Cyanide and Happiness, so you know it’s going to be a good time.

In each round, you build a three-panel comic strip. If it’s your turn, you start everyone off with a two-panel prompt, then turn it over to the group. Like CAH, everyone submits a single card from their hand to be the thrilling (or creepy or sexy or murderous) conclusion, and you get to pick your favourite.

Unless you’re ready to have The Talk with your kids in the most brain-searing way possible, this game is for adults only. A minimum of 3 players is needed, but the more the merrier. 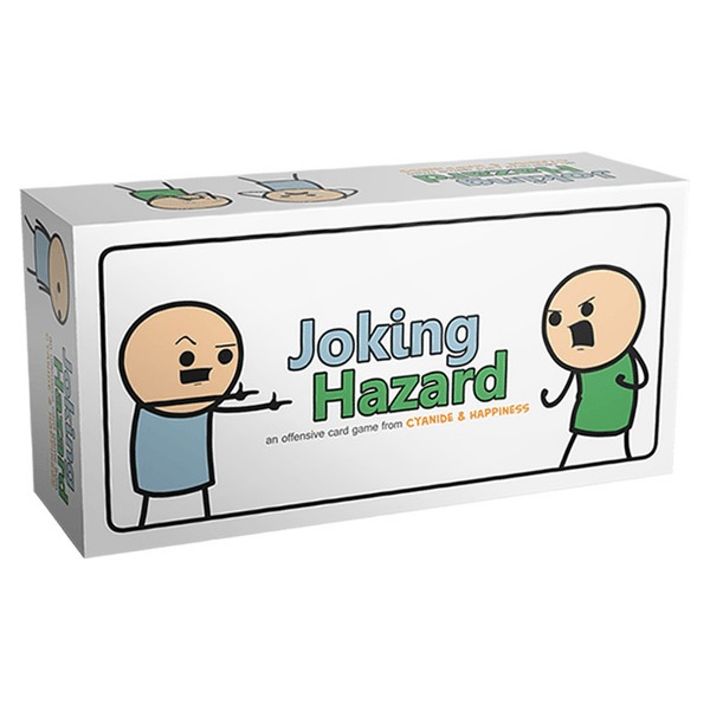 Brought to you by Cyanide and Happiness - the same folks who made Joking Hazard - comes a philosophical examination of the meaning of life.

So yeah, you could see how this is fertile ground for a Cyanide and Happiness game.

Each round, opposing teams must convince the judge that their side is the most sympathetic - and thus saveable - while sabotaging the other side. Enlightenment all around.

Like its family-friendly version, Exploding Kittens - NSFW Edition is essentially a card game version of hot potato. Explosive kittens are hidden in the deck, waiting to take you out of the game if you aren’t prepared to defuse or relocate them. It’s a game of defending yourself and sabotaging others - with kittens!

This version is NSFW (not safe for work... or kids) due to its references to genitalia, street drugs, and other exciting topics, each lovingly depicted in The Oatmeal’s unique illustration style.

Fun fact: the NSFW and family-friendly editions are unique - mix them together for more explosive fun! 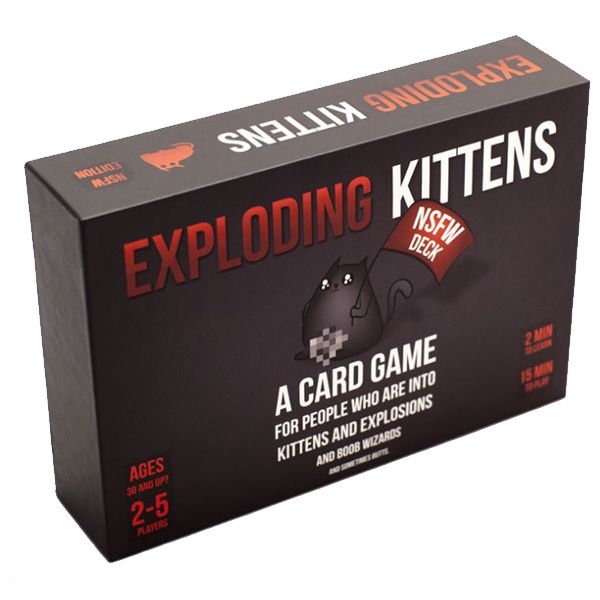 As in the regular version of Anomia (a Rain City Games favourite!), players flip cards until the symbols on two cards match - sending those two players into a face-off. Whichever player shouts a word fitting the category on their opponent’s card wins the point, and could even trigger a cascade of face-offs around the table!

In Anomia X, however, those words could be… slightly naughty. Can you think of a type of lubricant before your opponent can supply a whiskey brand? How about a sexy verb before “don’t touch it”?

Each box of Anomia X comes with four decks, enough to keep even a large group entertained. 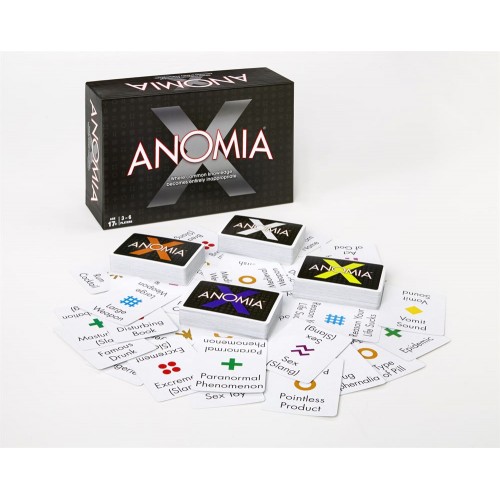 What Do You Meme?

Instead of sentences prompting each round, a famous internet meme image kicks things off, then each player submits the funniest caption from their hand. The judge for that round presides and selects their favourite to receive a point.

What Do You Meme? is a quick-playing game for at least 3 players, but larger groups are better. It’s absolutely not a game for kids - just people who act like them. 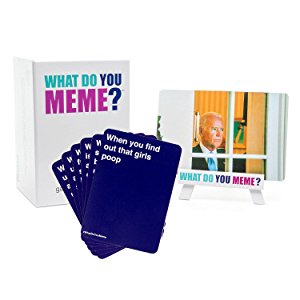 Can’t decide which drinking game to play? Why not play all of them?

#MyDrinkingGame is like a greatest hits album from drinking games the world over. Every card in the deck features rules from a different drinking game from around the world - conveniently printed on the card in case your short term memory is, you know, impaired for some reason.

Designed here in Vancouver, BC, #MyDrinkingGame cuts right to the chase and gets the job done. 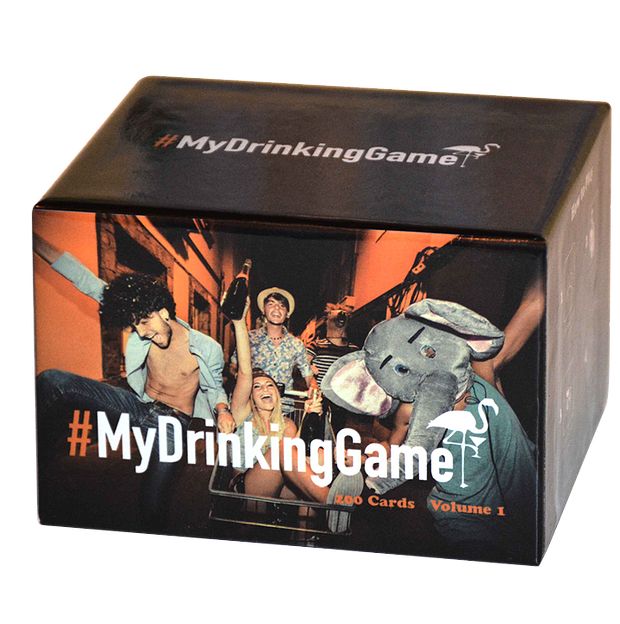