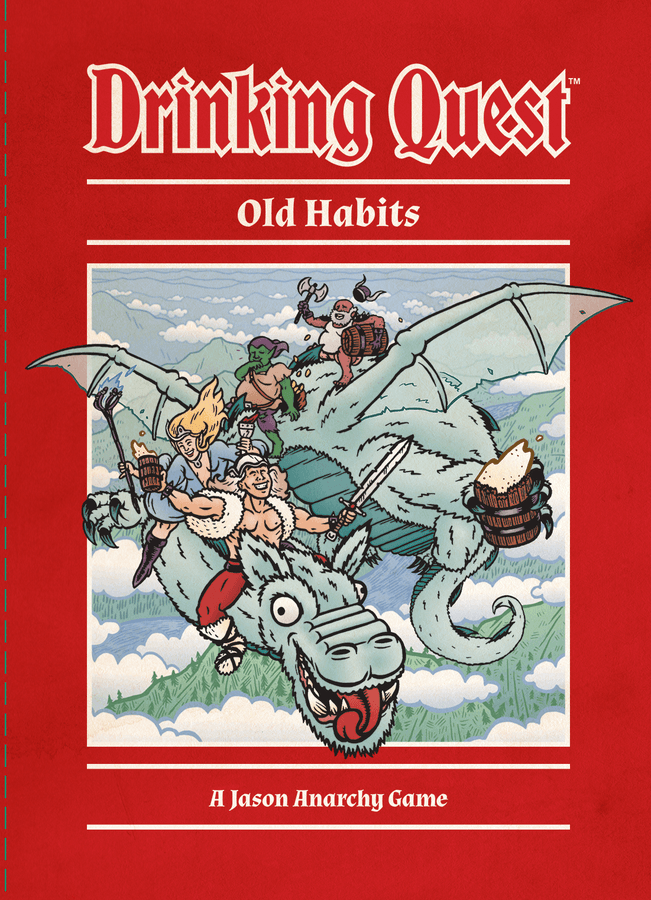 A throwback to the golden age of 80’s RPGs! With drinking!

A throwback to the golden age of 80’s RPGs!

In this quest the heroes will fight oozing monsters, find sticky treasure chests, avoid slimy salesmen and maybe have a slippery sexual encounter or two.

You’ll fight the alcoholic undead! You’ll loot corpses, fight a wrecked reaper, drink a 10,000 year old Scotch and even stop to make bacon in your underwear!

This quests see the adventuring party visit a CRAFT CIDER BREWERY run by a sadistic tyrant who really loves cider.

After years of players asking Jason to make a “Weed Quest
the best that’s going to happen is this quest where the heroes walk through an Alice in Wonderland type forest with hallucinogenic effects.

This quest features 12 ways to sober up in Public Service Announcement style. Add this quest onto the end of the game if you want to drink some water.