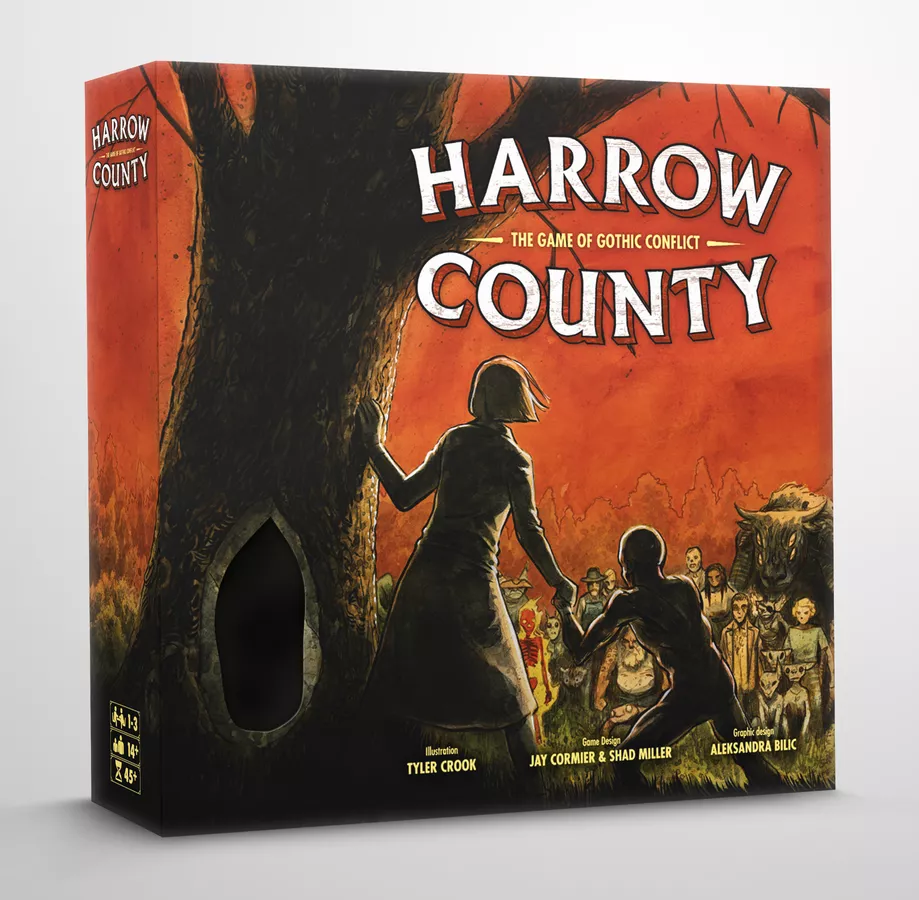 A thematic, tactical game of territory control and enemy elimination for 1-3 players to determine the fate of Harrow County.

A witch named Hester was hanged, burned, and buried under a tree. Some time later the family of Hester come to Harrow County to destroy it, but standing in their way is 18-year old Emmy who mysteriously has powers of her own.

In this asymmetric combat game, players can play as one of the Protectors, trying to rescue townsfolk, or as one of the family, trying to destroy Harrow County. You can also play as a third faction - the surprise return of Emmy's twin sister, Kammi. Kammi wants to rule over Harrow County. Players activate mason jars to move their haints (undead creatures) around the hex-based board, as they try to accomplish their missions. Combat is resolved using a never-before-seen cube tower that's built into the actual box.

Finally, a third player can enter the game: Hester, the dead witch buried under the tree. She controls the roots of the tree and using the cube tower, Hester can infect haints on her roots, which causes a snake to be placed into its ear. That player can still control this haint, but now so can Hester. If Hester comes back to life, then she needs to eat the other legends to gain all her power back to win.

See it all on the original Kickstarter page.

This Deluxe Edition comes with:

NOTE: This is a PREORDER for a Kickstarter game. Fulfillment is expected in October 2023, but delays on Kickstarters are common.

Keep up to date with the Kickstarter's progress here.

Designed in Canada
Fresh from Kickstarter
Locally Made