It takes two to tango... and have an awesome game night! Two-player games have come into their own, with game designers creating amazing games specifically for pairs. Check out these top-rated and most-favourite offerings!

Light and quick two-player board games

Jaipur is a trading game set in a Middle Eastern market. Each player is a seasoned trader competing for a place in the Maharaja’s court. By buying and selling cards and tokens - representing goods, money, and camels - do your best to make wise decisions and rise above your competition!

Jaipur is a fast-paced game, playing 30 minutes or less, for ages 10 and up. 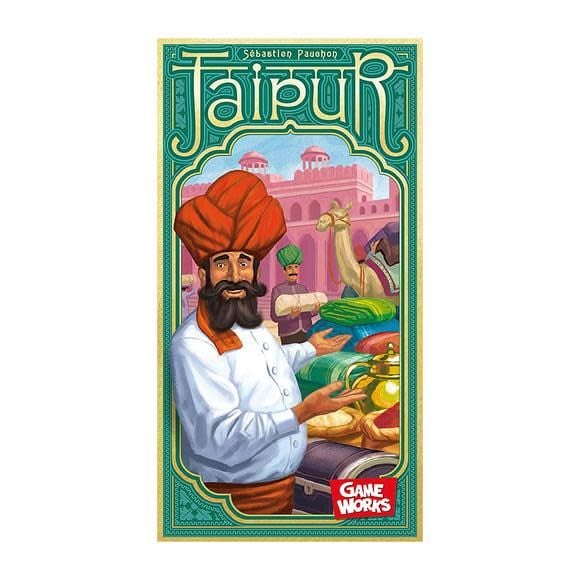 Codenames took the gaming world by storm in 2015, so it was only a matter of time that a two-player version appeared on the scene (two years, in fact).

Codenames Duet turns the popular competitive team game into a cooperative race against time. Players take turns trying to get each other to guess the right cards from a 5x5 grid using single-word clues before time runs out - a real test of communication!

Codenames Duet is great for ages 11 and up. 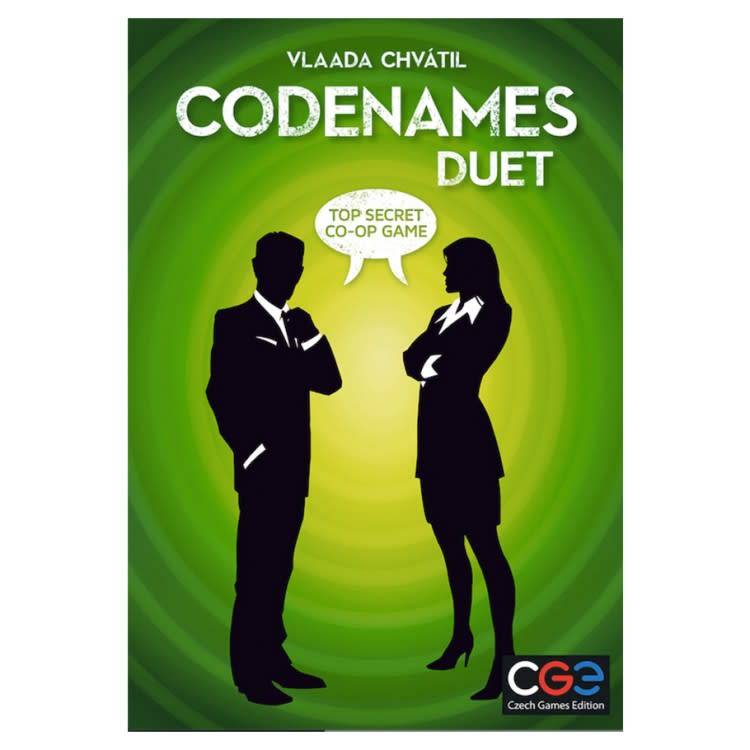 The original version of 7 Wonders was technically playable with 2 players, but it wasn’t... wonderful. 7 Wonders Duel solves the problem with a fantastic update to the gameplay mechanism that keeps the original theme and spirit of 7 Wonders, while making the game genuinely exciting and challenging for two people.

In 7 Wonders Duel, each player races to be the first to build four wonders. Rather than passing hands of cards, the resource, military, science, and other cards are laid out in a pyramid pattern (get it?) for each player to strategically choose and build. 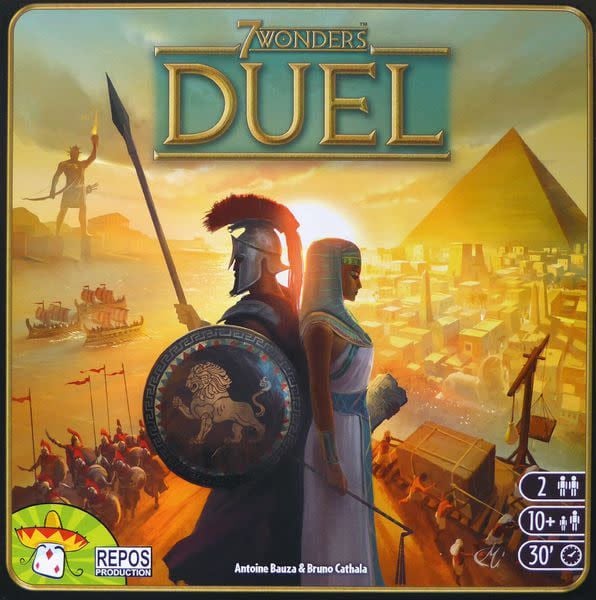 Onitama is easily one of the most beautiful games we’ve had in store, with resin figurines, a roll-out playmat, and watercolour and calligraphic images throughout.

Players share a set of five randomized cards - different each time you play - that show how pieces can move. Players capture each other’s pawns and protect their sensei. The first to capture their opponent’s sensei or move their own sensei to the other sensei’s seat wins!

Onitama is great for gamers as young as 8. 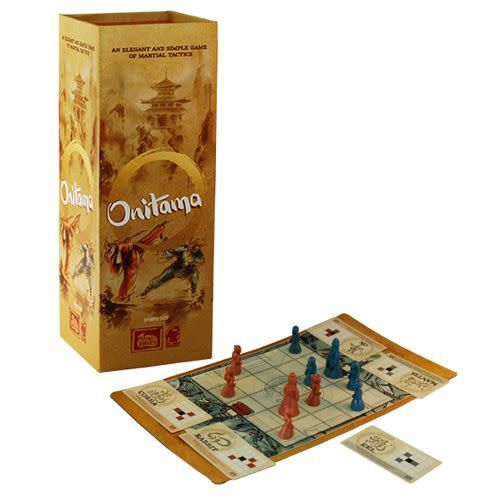 Hive is similar in many regards to Go and Othello (Reversi), where players “capture” each other’s pieces by surrounding them, with a few key differences. First, in keeping with the insect theme, all tiles are hexagonal - the old strategies from square games simply won’t work. Second, there is no board (the game area evolves as tiles are placed) so there are no corners in which to cement your power. Third, you aren’t out to capture all of your opponent’s pieces. Instead, you only need to surround their single queen tile. How hard could that be…?

Hive is a highly strategic game for ages 8 and up. 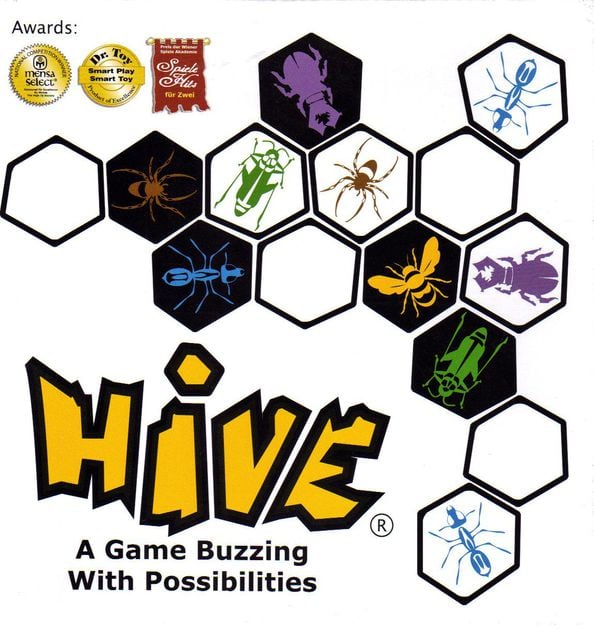 Thrive is a contemplative, chess-like game for two, set in a quiet pond.

Each piece on the board is a small grid into which you can add pegs; every time you move a piece, you can add two pegs anywhere you'd like. As a piece acquires more pegs, it gains more movement options. The first player to capture all but the last of their opponent's pieces wins.

Thrive starts as a pretty straightforward game of capturing pieces, but quickly transforms into a complex game of strategy, tactics, and depth. 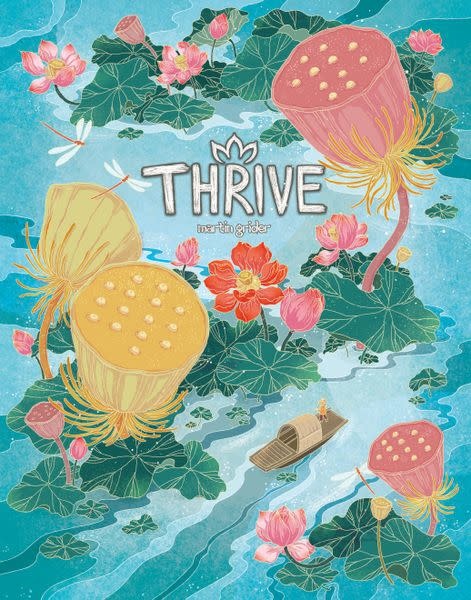 As of this writing (September 2020), BoardGameGeek ranks Twilight Struggle 9th out of the 100,000+ games on its top games list. Not too shabby!

And that high listing is well-deserved. In Twilight Struggle, each player takes the role of one of the two post-WWII superpowers: the United States and the Soviet Union. Reenacting the Cold War, each empire proceeds to gain allies, secure outposts around the world, and tip the balance of power in their favour - all with limited resources.

A typical game of Twilight Struggle takes around 2-3 hours, and it’s best for ages 13 and up. 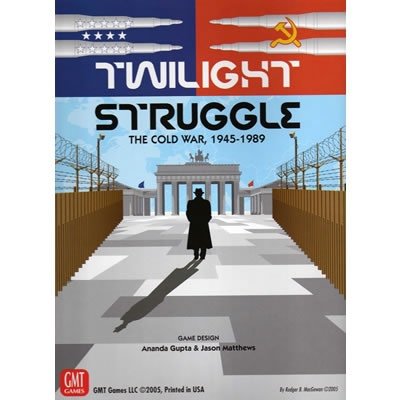 Watergate is a two player game that recreates the tension and intrigue of the Watergate scandal - one person plays Richard Nixon trying to cover his tracks, while the other plays the Washington Post putting the pieces together.

The board is a paranoia-style corkboard showing possible connections between Nixon and his co-conspirators. As the Washington Post, it's your job to fill it with damming evidence while Nixon tries to block progress by erasing clues - and people. Gameplay is a tug of war of power and momentum, featuring a deckbuilding-like mechanic to volley key events and people at your opponent. 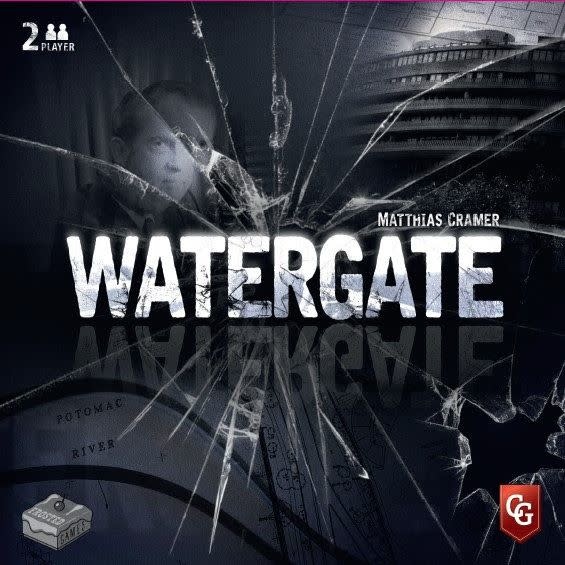 Who would win in a fight: King Arthur or Medusa? Alice in Wonderland or Sinbad?

At last we can get the answers for these and other head-to-head matchups!

Unmatched is a combat game for 2 or 4 players that uses miniatures and cards to test characters' might on the field of battle. A unique time mechanic lends some serious depth to attack resolution. Unmatched: Battle of Legends Volume One and Unmatched: Cobble and Fog are already on our shelves, with more expansions available for special order. 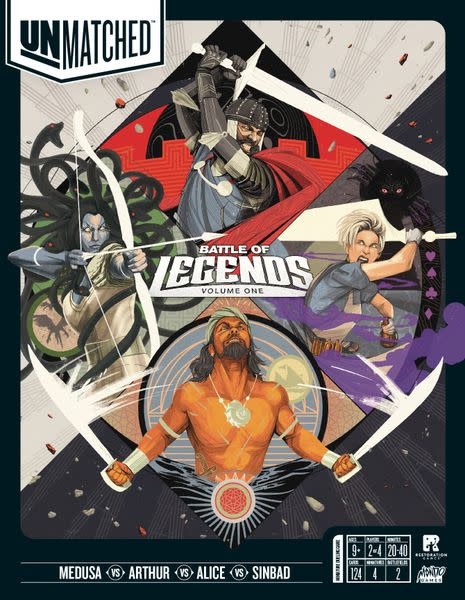